Hi dolls! Who is a fan of the tv show Face Off on Syfy? It is one of my favorite shows and it’s a competition amongst special effects make up artists who compete each week to create living works of art. If you haven’t seen it yet, watch one episode and I guarantee you will be as hooked as I am! It is now the 6th season of the show and an amazing episode aired last night. The episode was “Dragon’s Breath”. Each contestant had to create their own dragon! I love dragons, mostly because of Harry Potter and Game of Thrones, but I think dragons are just awesome. My favorite dragon makeup last night was created by Tyler Green, who actually won the challenge! I also liked Rashaad Santiago’s and George Schminky’s dragon’s. The episode inspired me, so tonight I decided to do my own “frozen” dragon makeup, which is the type of dragon that Tyler (the winner) was inspired by. I first created my own makeup chart so that I could have an idea of how I wanted to actually do the make up. Take a look and I hope you enjoy! 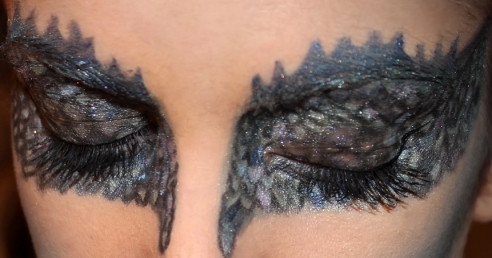 To achieve this look: I first applied my foundation, Studio Skin Oil Free in 2.1 in light beige from Smashbox. Following that I applied Atlantic Blue by M.A.C. Cosmetics to my cheekbones. I used my Stylo Eyeshadow from Chanel in 37 Jade Shore to my entire eye, eyebrow, halfway down to my nose, and out towards my temples. I used the black from Revlon PhotoReady Kajal Intense Eyeliner + Brightener 001 Carbon to create the scales on top of the blue I had just applied. I used Revlon Illuminance Creme Eye Shadow in 720 Moonlit Jewels to shade in a few scales, and I also applied this to my eyebrows and extended it to create spikes. I also filled in a few scales with Pink Freeze by M.A.C. Cosmetics. I used Chanel Liquid Eyeliner Intensity Definition Noir to thinly line above my top lashline. I applied Tarte MultiplEYE-prime to my lashes followed by Lights, Camera, Lashes Mascara by Tarte! I also applied Hawaii 5/0 Glitter by Lit Cosmetics to my eyebrows as well as on top of a few scales to add some shimmer and dimension. The final step are the lips! I applied Inglot Cosmetics Lipstick #288 Cream and Black is Blue by Ardency Inn.

Some of my favorite looks from “Dragon’s Breath” challenge on Face Off: 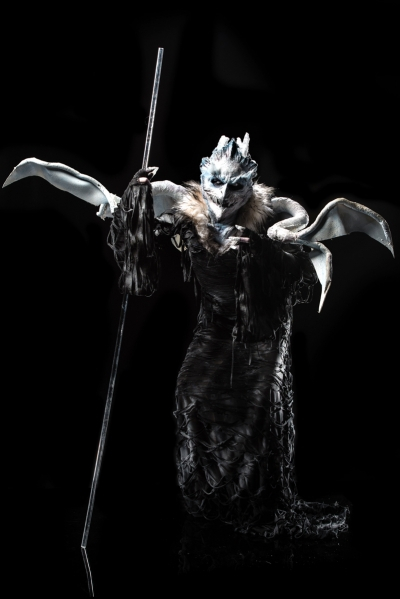 17 Responses to “Dragon Makeup Inspired by Face Off”

Leave a Reply to Gems and Gelato Cancel reply